The Robertson Geo PS Logger® probe measures P (compression) and S (shear) wave velocities in a single borehole without the need for external energy sources, making it simple and quick to deploy.

When combined with bulk density values (from a density log or from core sample tests) small strain moduli (Young’s, Shear and Bulk) can be calculated using simple formulae. It operates using indirect excitation rather than mode conversion as in a conventional sonic.

The PS Logger® probe contains a unique design of powerful hammer source and two receivers, separated by acoustic damping tubes. To acquire data, the probe is stopped at the required depth and the source is fired under surface command. Firing causes a solenoid operated shuttle aligned across the borehole axis to strike plates on opposite sides of the probe in turn, setting up a pressure doublet in the surrounding fluid.

Full waveforms are recorded digitally at acquisition time across 6 channels (P wave, S wave left & S wave right at the near and far receivers) at a predetermined sample rate as low as 2.5μsec.

The sample rate is carefully selected to be as small as possible to provide the best resolution but high enough to capture the arrivals within the listening window.

Using the acquisition software, the waveforms can be displayed, scaled and filtered to allow for the picking of the first arrivals at each receiver. 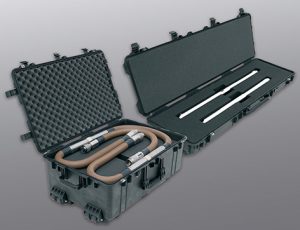 Cased and ready to go - the Robertson Geo PS Logger® is proven with data acquired from 1,000’s of boreholes worldwide, often in the harshest of offshore applications.

The Robertson Geo PS Logger® is fully compatible with the range of software and surface deployment systems: 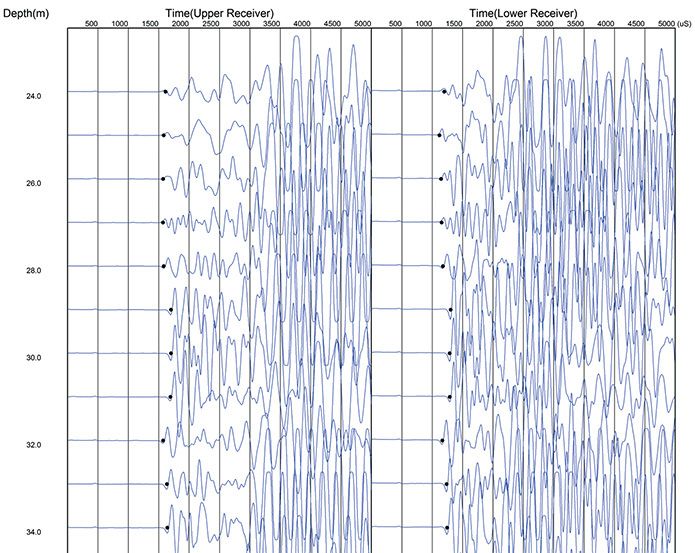 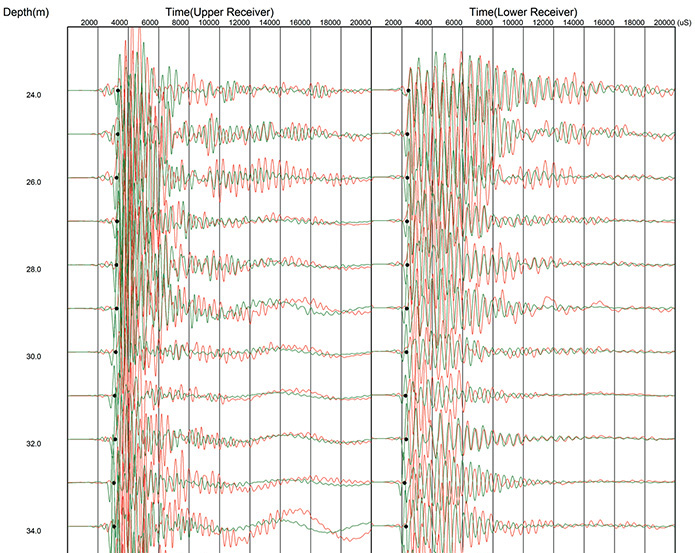